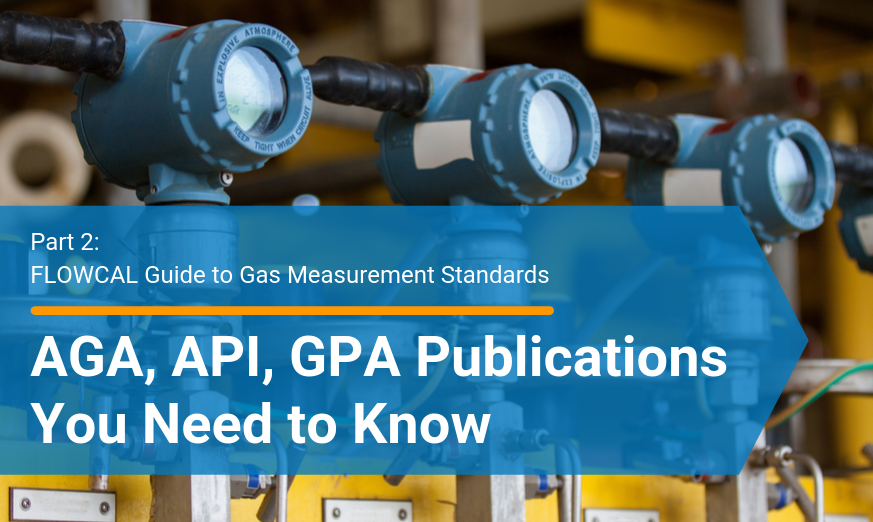 In our last blog post, we all got on the same page. Now here is an updated list of the most commonly referenced publications you need to know about for natural gas measurement in the United States.

AGA Report No. 10 – Speed of Sound in Natural Gas and Other Related Hydrocarbon Gases (January 2003)

The AGA subsequently modified the report numbering structure with number 3 dedicated to orifice metering. A very interesting history is described further in AGA Report No. 3.

AGA Report No. 12, Cryptographic Protection of SCADA Communications (2006), was driven primarily by Bill Rush of the Gas Technology Institute. It was the only AGA report that dealt with a non-metering or measurement-related topic. It was later transferred to IEEE P1711, Standard for a Cryptographic Protocol for Cyber Security of Substation Serial Links, which continues as an active project.

Experience with unconventional production such as in shale fields has made upstream practices related to compositional analysis and sampling very critical. Measurement professionals must reference a number of GPA publications, many of which are common with sections in API MPMS Chapter 14, as listed below.

If you have questions about the latest reports and standards, contact our FLOWCAL by Quorum Software measurement specialists and we’ll help you with what you need to know.