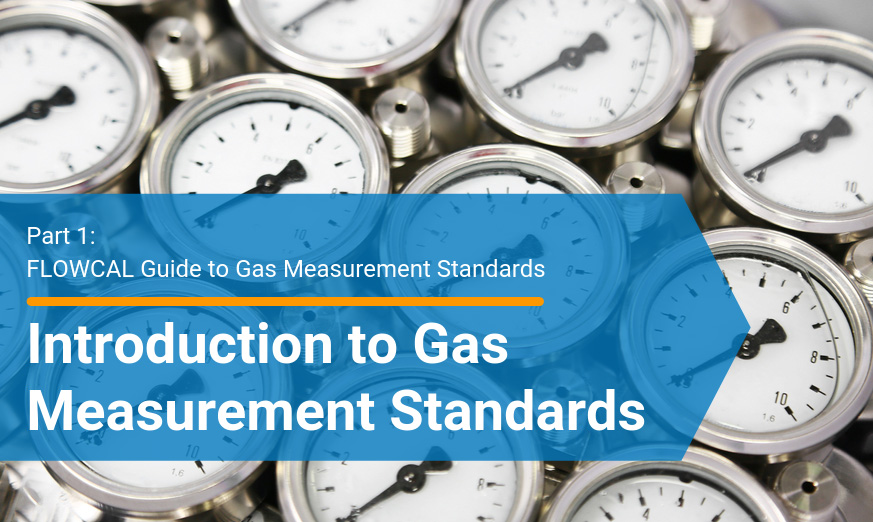 Confused about gas measurement standards? Let’s get on the same page.

Do you need to comply with AGA reports? API standards? GPA publications? All of the above? Let’s sort through what you need to know.

Anyone who is involved in measurement of natural gas quantities must continually track the progress of a broad array of reports and standards that are published by organizations such as the American Gas Association (AGA), American Petroleum Institute (API), and Gas Processors Association (GPA).

American Gas Association reports detail the specification, installation, and operation of meters that are approved for custody transfer in the American gas industry. While many engineers focus on the equations, each of which allows a software application or flow computer to determine the quantity of natural gas that is passing through a meter, the reports are far more encompassing.

It is noteworthy that the AGA issues reports and does not refer to them as standards. Since other organizations such as the API and the GPA publish standards and have adopted or endorsed AGA reports, this could cause some confusion. Newcomers to the industry might find it useful to think of the association between “AGA” and “report” but not “standard.”

Measurement personnel in natural gas pipeline and distribution utility companies must keep abreast of a number of AGA reports and at least one chapter in the API Manual of Petroleum Measurement Standards (MPMS), Chapter 21.1. This standard covers audit trail requirements for a gas measurement system as well as some orifice measurement calculations. It has recently undergone significant updates. We’ll cover those changes in a future blog post.

The AGA reports that are also API standards are in MPMS Chapter 14, which addresses natural gas fluids. Some of the most important sections are:

For measurement personnel in companies that have acquired crude oil or other liquid hydrocarbon assets, the situation is more complicated. Hydrocarbon liquids measurement brings potentially the entire API MPMS into the mix. The API MPMS is a comprehensive standard for petroleum measurement that is under continual review and is updated as the industry evolves.

In light of recent acquisitions, mergers and personnel turnover in the oil and gas industry, new measurement professionals face a steep learning curve. Fortunately, new measurement management software technology such as FLOWCAL by Quorum Software, is automating virtually the entire petroleum measurement process and making it manageable for new people.

Although measurement professionals confronted with the various publications that are issued by the AGA, API, and GPA might get the impression that those organizations operate independently, each report or standard is the result of a multi-disciplined committee that is typically staffed by members of all three. Committee members include industry experts from the field and the office, consultants, research staff, scientists, equipment manufacturers, and representatives from organizations such as the American National Standards Institute (ANSI), Bureau of Land Management (BLM), and the National Institute of Standards and Technology (NIST). ANSI is a private, non-profit organization. The BLM and NIST are federal government agencies. The committee member lists that are included in each publication are certainly worthy of review.

The evolution of the reports and standards underscores the on-going research into fluid dynamics. As new information becomes available, committees incorporate necessary changes into updated versions. Working with equipment manufacturers, organization members will initiate the publication of new reports or standards as new measurement technologies are proven. For example, AGA Report number 11, Measurement of Natural Gas by Coriolis Meter, is the most recent report for a new type of meter. Meanwhile, AGA Report number 6, Field Proving of Gas Meters using Transfer Methods, is the latest AGA report, overall.

Meters covered by AGA reports are approved for custody transfer in the U.S. plus other countries which have adopted AGA reports as their national standards. “Custody transfer” or “fiscal metering” means that the volume, mass, and energy content that the meter measures passing through is used in a financial transaction.

While there is a physical meter in the field such as an orifice meter run that does the measurement, a flow computer is usually attached to the meter to calculate volumes, mass, and energy for reporting. In most countries throughout the world, but not including the U.S., a national metrological approval is necessary before a flow computing device that is associated with a meter can be used for fiscal metering. For example, in Canada, manufacturers must pass the Measurement Canada testing process. Part of Industry Canada, Measurement Canada is a government agency that develops and administers the laws and requirements governing measurement and evaluates, approves, and certifies measuring devices.

Not to be confused with Measurement Canada is the Alberta Energy Regulator (AER), which was formerly known as the Energy Resources Conservation Board (ERCB) and Energy Utilities Board (EUB). AER maintains a publication, Directive 17, which applies to all measurements at oil and gas well sites for accounting and reporting purposes. Although there is much overlap between API 21.1 and AER Directive 17, measurement professionals who address the industry in Alberta must be sure that their products and practices meet all the provisions in both documents.

In other regions of the world, countries that have not adopted or endorsed AGA reports or API standards typically instead use International Organization for Standardization (ISO) publications such as ISO 5167. Some countries maintain their own, unique measurement standards. For instance, China uses a modified version of AGA3 for orifice metering applications. Gas measurement equipment manufacturers or application software suppliers who are pursuing the market in China must maintain this distinct version and pass the measurement approval process.

Watch our video to learn how FLOWCAL by Quorum Software can help manage hydrocarbon measurement data and maximize revenue by efficiently gathering, validating, storing and distributing a company’s volume and energy data.