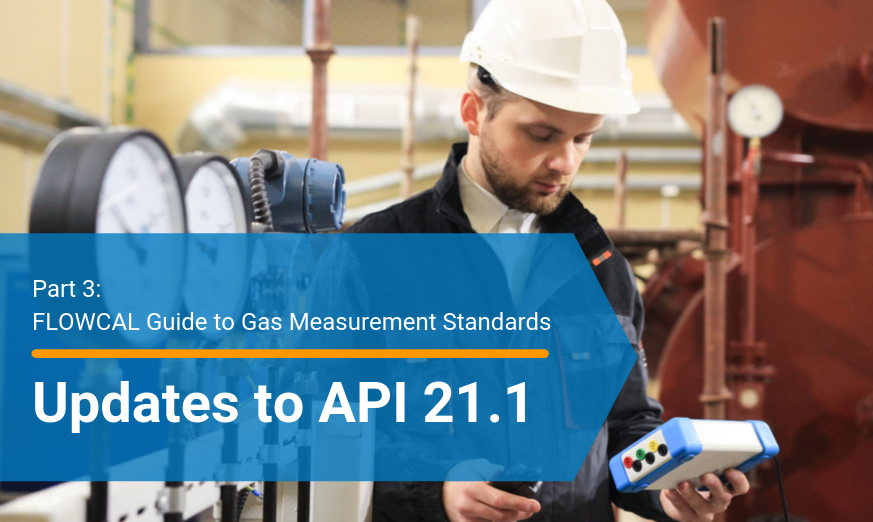 Did you know that API 21.1 underwent some massive updates in 2013? Here’s a rundown of the latest version.

API 21.1 is further described, here. It is essentially a minimum requirements specification for gas measurement systems and focuses primarily on digital flow computers.

While a digital flow computer is typically installed at the meter site, API 21.1 2nd edition has added descriptions of “off-site” calculations that could be performed, instead, by a PC or other computer system.

Although digital flow computers provided the driving force for API 21.1, the standard encompasses the entire gas measurement system. This includes a centralized measurement application such as FLOWCAL by Quorum Software, plus all the communications avenues for transfer of measurement information from meters, analyzers, chromatographs, and testing laboratories to the measurement application.

The primary stage is the physical meter such as a Coriolis meter, orifice meter, turbine meter, or ultrasonic meter.

The secondary stage includes sensors, transducers, or transmitters that measure live variables such as differential pressure across an orifice plate, static pressure in the meter tube, temperature of the gas in the meter tube, and pulse count or frequency from primary devices such as turbine meters.

Among all-new appendices are:

If you want to see how FLOWCAL by Quorum Software can help you manage API measurement requirements, schedule a demo with our measurement experts.